How Large are Your Apps?

Apple’s App Store has over  650,000  apps. An iPad 2 can hold 11 pages of Apps and/or folders including the built-in apps. If you have a 16GB iPad, some space will be taken up by the built-in apps and the operating system.  You will actually have slightly less than 14 GB for app, photo, and video storage.

To see how much memory each app (and other content) are using, go to
Settings > General 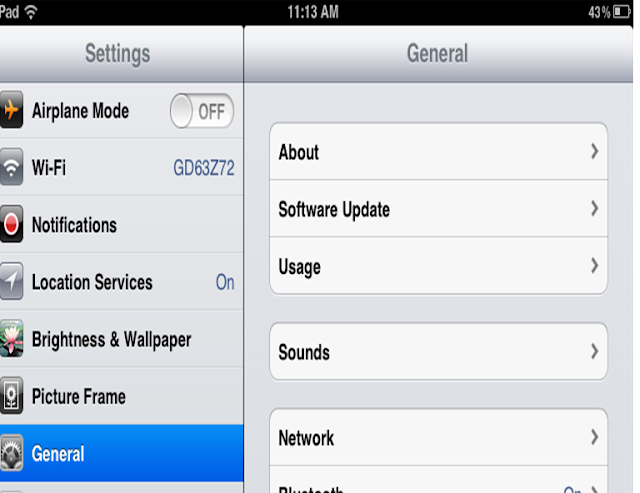 Tap on Usage and go to Storage
It may take a few seconds for the list to appear. 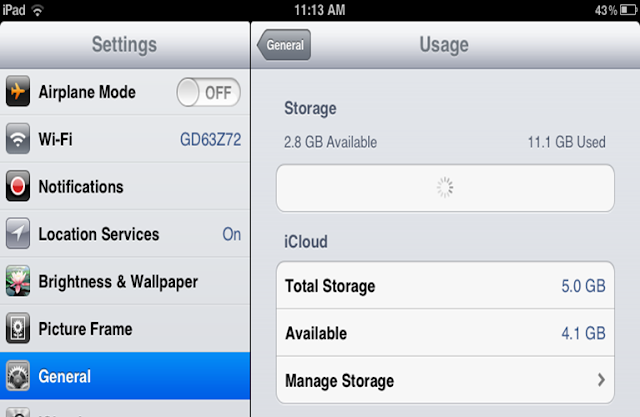 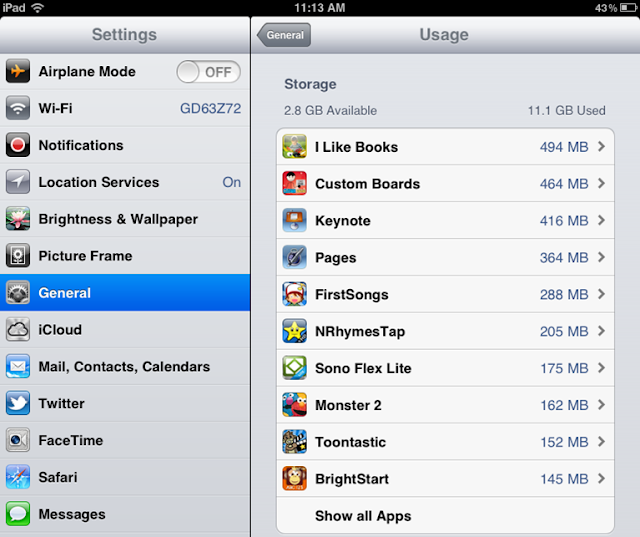 If you need space to download apps or other items, delete the apps (movies, music, etc.) that you don't currently need (e.g., Halloween apps are only used in October). You may delete them from your iPad, but won't be deleting them from your account.  When needed, you can always go to the App Store, tap on Purchased, and put that app back on your iPad.