My most popular pin on Pinterest this month has been Pumpkin Observations, describing a pumpkin using your five senses, found at 2 Teaching Mommies. It didn't surprise me to find even more ways to describe pumpkins when I searched the web. (NOTE - This link no longer works, but all links below lead to wonderful describing activities.)

Find Pumpkin Anchor Charts and other ways to describe a pumpkin at My First Grade Backpack. 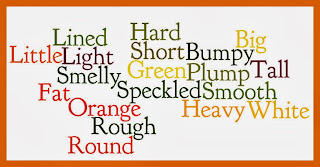 Create a Wordle with your describing words at Wordle.net.

The First Grade Parade has several great describing ideas. I love that her students describe the pumpkins using similes. 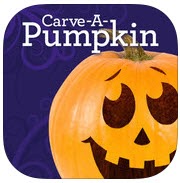 Describe as you Carve-a-Pumpkin from Parents Magazine with this cool app!

Conduct a Pumpkin Investigation at A to Z Teacher Stuff.

Many pumpkin activities, including adjectives to describe the inside and outside of a pumpkin, can be found at Simply Second Grade.

At TpT, there are over 200 describing activities involving pumpkins. Below are three of the more than 25 FREE activities.
Pumpkin Description
Describing Pumpkins
My Pumpkin Adjectives